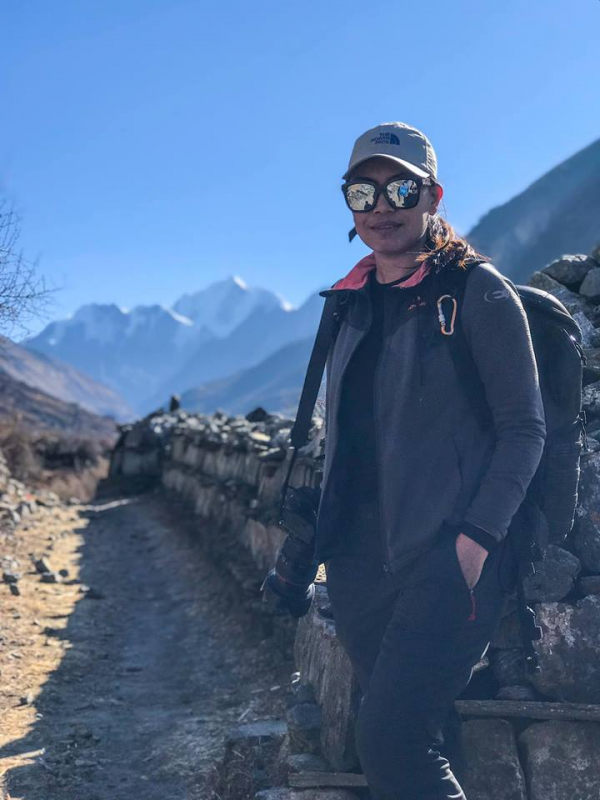 She has been working in this field for the past 11 years. After completing her Master’s degree in Rural Development, Bachelor’s degree in Travel and Tourism and completed Documentary Filmmaking Course from London Film Academy, Uk have been worked in different Newspaper and Radios as a Journalist.

After many years of working in the News sector, now she is working in Visual narratives. She has been Producing Tv programs and Documentaries focusing on adventure sports, tourism, travel, and human rights issues for different television channels and organizations.

From climbing mountain peaks to riding motorbikes across the high Himalayan valleys all the while beautifully capturing nature and people at their best in her camera, she is in her element working in wild and challenging locations.

Her Tv Series and documentaries have been screened in many local channels such as National Television Kantipur TV, Himalaya TV, TTV and international networks such as Discovery Channel, Travel Channel, and Animal Planet and recently have worked with “Story of God with Morgan Freeman”, National Geographic Channel.

Accomplished Media Professional with 17 years of experience in Filmmaking, Correspondence, Radio Presenting, Freelance Writing, Event Reporting, and Photography. A former Hits Fm RJ and advertising copywriter, Alok Thapa can write on any topic and is an experienced digital writer for both Nepal and international audiences.

Sudeep Bhaju is an award-winning Writer and filmmaker: most recently Writer/Producer Himalaya Roadies (Franchise of MTV Roadies, Ko Bancha Karorpati (Franchise of Who wants to be a Millionaire) Assistant Director on Award-winning short film “Lachhamaniya”.
After graduating from “Oscar International Film College, Kathmandu, Nepal” he started work as a freelance writer and director/Producer in various national and international production.

With a keen eye for all things analytical, Pramod Karki is renowned and Famous Cinematographer of Nepali Film/Tv and Advertising Industry. He has been working in this field for 2 decades and has working experience with National and International Production companies. 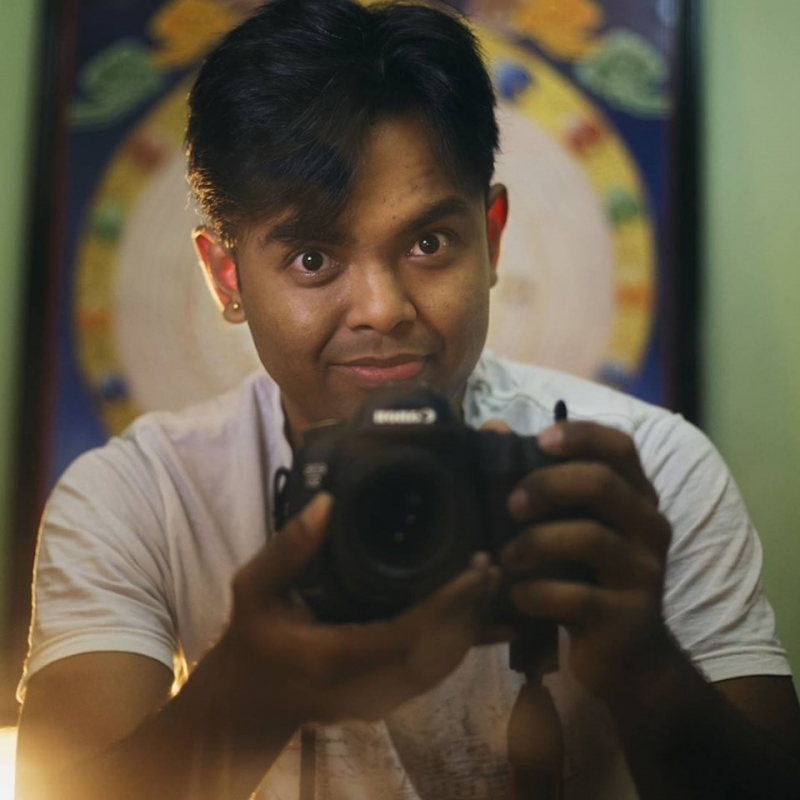 Sanjeev Ratna Shakya is a film graduate and a freelance film maker known for his work as Colorist, Editor and Director. He has worked in +100 commercials, +50 music videos, +50 short films +30 Documentary films and 4 feature Films. He has worked as a Producer of Himalaya Roadies (Franchise of MTV Roadies, Ko Bancha Karorpati (Franchise of Who wants to be a Millionaire). He also works as a post-production mentor for various organizations. Some of the Films he had worked on has also been selected in international film festival like